Things You Didn’t Know About Omaha

1. Omaha has a metro-area population of almost ¾ million people and is the 39th largest metropolitan city (2020 census) in the U.S. Omaha, by itself, is bigger than Minneapolis.

2. Omaha is the home of four Fortune 500 companies: Berkshire Hathaway Inc., Union Pacific Railroad, Mutual of Omaha Cos. and Peter Kiewit Sons’ Inc. It is also the home of Valmont Industries, Werner Enterprises, Green Plains and Woodmen Life (formerly Woodmen of the World, as shown in About Schmidt). It was formerly the home of Ameritrade, another 500 Company, until they were bought by Charles Schwalb. ConAgra was moved to Chicago in the late 2010’s. Legally Aflac and Pacific Life are registered Nebraska companies with offices in Omaha.

3. Bellevue, located on the south side of Omaha, is home to Offutt Air Force Base and the U.S. Strategic Command (now called StratCom). During the Cold War Omaha was the number one target for a nuclear attack by the former Soviet Union because of its vital military importance.

4. Omaha’s history is in beef processing and packing, and it is known around the world for its great steaks, including those sold by Omaha Steaks. At one time it was the world’s largest beef packing city because of the large packing plants. They were all located in South Omaha, which was a separate city until annexed by Omaha. Some of our early ancestors worked at those plants. The names of some of the companies still live on in other cities today: Cudahy, Hormel, Swift and Wilson. Several beefpacking plants are still located on Omaha.

5. Omaha began as “Omaha City” in 1854 named for a Sioux Indian tribe that had traveled west from the Appalachian Mountains. They reached the Mississippi River around 1500, then traveled up the Missouri River. The name Omaha, from the language of the Omaha Tribe, means “above all others on a stream”, or “those who go against the current”.

6. Omaha is home to the Henry Doorly Zoo, the College World Series, Boys Town and three US Olympic Swim Trials. Many other major sporting events are held in Omaha including the Olympic Curling Trials, The International equestrian championship and various NCAA championships such as the Women’s Volleyball Championships and Men’s Basketball first, second and Sweet Sixteen rounds. The zoo includes the world’s largest indoor desert, glazed geodesic dome and indoor rain forest.

8. The Reuben sandwich was invented in Omaha by a chef of the former Blackstone Hotel. During a late night card game a player who was a grocer requested a sandwich made with corned beef and sauerkraut. The order went to the kitchen where the hotel owner’s son put it together with swiss cheese and thousand island dressing and put it on rye bread. A classic was born, regardless of what New Yorkers say!

9. In 1927 Omaha was the largest butter manufacturer in the US. Its butter was served from San Francisco to Europe. Around the same time it was also one of the largest gin producers. Mostly for medicinal use, probably.

10. Omaha has the greatest consumption of ice cream in the U.S. It is the home of the creation of butter brickle ice cream. Also, the most people per capita.

11. The TV dinner was invented in Omaha by C.A. Swanson of Swanson Foods of Omaha in 1949 along with cake mix. They also produced powdered eggs during World War II.

12. The Riedmann family has had a family member work at 3 of the primary breweries that existed in Omaha: Georg at Metz, Adam at Storz and Alfred at Willow Springs. We are checking on the Falstaff plant. There also existed Krug, Fontenelle, and Jetter Breweries.

13. The Omaha Public School system was the first to introduce the National Honor Society at Omaha Central High School, the safety patrol we all remembering helping us cross streets safely, and the Block Home (now known today as the McGruff House).

14. Lewis and Clark camped in Omaha on July 27th, 1804 near the Lewis and Clark Landing and directly east of the Old Market. They spent the next two nights camped upstream near Eppley Air Field and Dodge Park.

15. The Morman Trail went thru Omaha. It began in western Illinois passed through the northern part of Omaha in what is now called Florence.  The first migration spent the winter of 1846 on both sides of the river, with the largest contingent in Omaha at what is called Winter Quarters.  The migrations lasted till 1860.

What to do in Omaha

Visit the Greater Omaha Convention and Visitors Bureau website for exciting information about what to do and see in Omaha. It even has a cool search tool to see what is going on during the time of your visit.

A trip to Omaha would not be complete without a visit to the world famous Henry Doorly Zoo. Among the fascinating exhibits are: the Desert Dome – the world’s largest indoor desert, Kingdoms of the Night – the world’s largest nocturnal exhibit, the Scott Aquarium – complete with penguins and sharks, the Lied Jungle – America’s largest indoor forest, Hubbard Gorilla Valley – where the gorillas roam free and you are on display to them, and many more unique exhibits and the Cat Complex – the largest single cat breeding facility in North America just to name a few. The Henry Doorly Zoo is easily comparable to any other zoo in the country. You have to see it to believe it!

Visit Omaha’s most eclectic area, The Historic Old Market. Located near the Riverfront, it has become one of Omaha’s jewels. A pleasure to tour day or night. You can visit 20 different restaurants, several art galleries, pubs (including a brewpub), clothing and antique stores, and many other interesting places including the Leahy Mall and the Heartland of America Park. Its almost a trip back in time.

See the Herb Garden at the Lauritzen Gardens, formerly called the Omaha Botanical Gardens. When visiting Omaha take a walk in the Herb Garden and see all the engraved brick in the sidewalk with your relative’s names on them. The garden is located (literally) just down the hill from where the Riedmann family elders grew up. Its not to late to have a brick with your name added to the garden!

If you are looking for a fun place to take the kids, visit the Omaha Children’s Museum. The museum has many different permanent and traveling displays to keep the young and old entertained for hours.

If you love planes and space travel, one of the most spectacular places to visit is the Strategic Air & Space Museum just west of Omaha. The museum is regarded as the nation’s foremost facility of its kind. The museum cost over $29 million and has over 300,000 square feet of displays, including the Lockheed SR-71 Blackbird, the fastest aircraft ever to fly and many other aircraft. It is a truly an amazing museum showcasing our nations history in flight and defense.

Come see the Omaha Stormchasers, our AAA farm team of the Kansas City Royals. The Omaha Royals have changed names and have a new home; now residing at Werner Park in Sarpy County. While Rosenblatt Stadium may be gone the action continues with high level baseball starring many former major leaguers working their way back up or future stars working for their break into the bigs. Werner Park is a great, family oriented park to sit back and enjoy a game of baseball the way it was meant to be watched.

Visit Nebraska’s largest and most distinguished art museum. The museum is currently going thru construction of a major addition and renovation and should be open in 2024. The museum features many permanent collections covering a wide range of history. Special exhibits are also on display at any given time. Check their webpage to review their permanent collection or their special exhibit schedule.

Check out the Omaha weather forecast before your visit here. Around here they say, “Don’t like the weather? Just wait an hour.” Best to plan ahead. 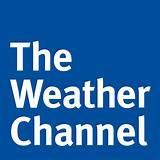